Beatrice Bradley does not TOUR places we EXPERIENCE places!

THE FASTEST GROWING SEGMENT OF THE HUNTING CROWD

Like most women, I try to eat a balanced diet, with lots of fresh vegetables and fruits, and meats which are not processed. I have been investigating a meal plan published by the Institute for Functional Medicine which includes approved meats such as Buffalo, Venison, Elk, Pheasant, Duck, turkey, and many other forms of wild game. I don’t know about you but I cannot find many of these items in my local supermarkets. How are people preparing and eating these items? They are hunting, right here in America, at ranches in Texas, Montana, Wyoming, South Dakota, Alaska, and many other sites.

Recently, Forbes magazine published an article on the fastest growing segment of hunting, Women! Does that surprise you? If you read the entire article, you learn that women are turning to hunting to provide fresh, drug/antibiotic free protein for their families. If you have never tasted Elk or Buffalo, you are missing tasty, very lean meats which make for fabulous entrees.

At Gage Outdoor Expeditions, our Women’s division BBGage.com, offers unique opportunities for Women, daughters and youth to learn the “Art of Hunting”, how to shoot a gun properly. We provide ranches where you will be able to hunt on open range ranches and we offer processing services to allow you to ship the meat back home for your freezer. Clean, tasty wild game, packed with protein and little fat. 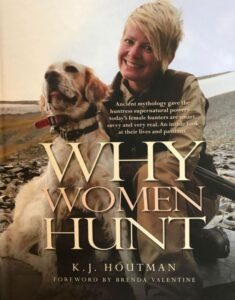 “I wanted to know what I was feeding my family,” says Caroline Rather, a South Carolina-based hunter and angler when asked why she took up hunting. “Wild game is hormone, steroid and antibiotic-free, the healthiest meat you can eat. And the animal has lived a humane, free-range existence. Besides that, wild game just tastes better and I love the sustainability of the field to table process. 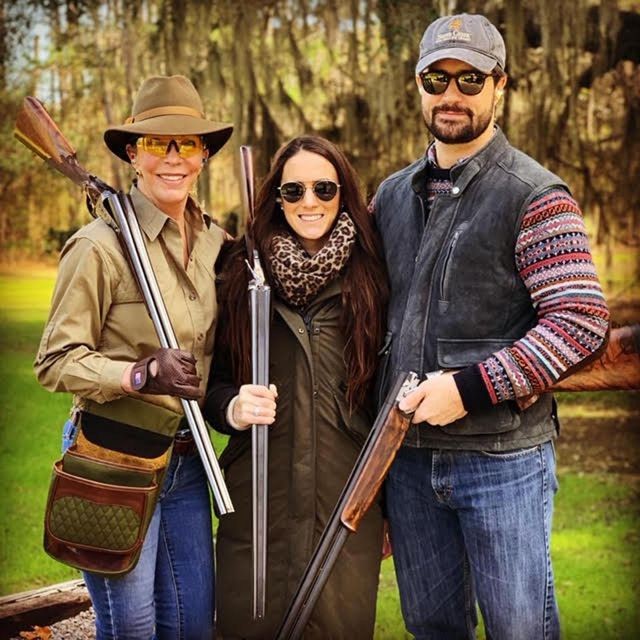 In her book, Why Women Hunt, author and hunter K. J. Houtman interviews 18 women who hunt to explore their motivations for this most ancient of survival rituals, from the physical to the familial. “This fall, women will feed their families locally-sourced free-range meat,” says Houtman, “that has been foraging on natural grasses, leaves, nuts and berries—clean, delicious food without a trace of chemical additives.”

According to the U.S. Food and Drug Administration, “Of 143 drugs and pesticides likely to be found in raw [domestic] meat and poultry, 42 were known to cause cancer or are suspected of causing cancer.”

“But it goes beyond food for many women,” says Houtman. “For some it’s a sense of independence that comes from possessing the skills to hunt, the ability to provide food without having to rely on others. While many grew up in hunting families where they learned to hunt from a young age, an increasing number of adult women are becoming hunters through friends who hunt and by enrolling in programs that help teach women the skills to hunt and process their wild game.”

One such program, a non-profit called Becoming An Outdoors-Woman (BOW) was founded by Dr. Christine Thomas, Dean of the University of Wisconsin-Stevens Point College of Natural Resources.

“We’ve had more than 300,000 women go through our program since it was created in 1991,” says Thomas. “Women want to hunt for many of the same reasons that men do. They enjoy the time in nature and the unexpected things that occur and the wonderful interactions that happen with wildlife.  They love the fellowship of the time with family and friends and they like providing wild and healthy food that they then turn into gourmet meals.  Women also appreciate the self-reliance and self-confidence that comes with going safely and successfully afield and they love to share stories after.” 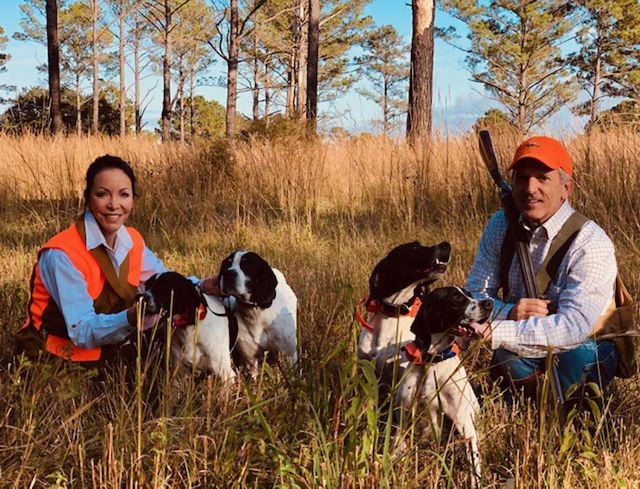 The BOW program was created following a conference that was held in 1990 to identify barriers to women getting involved in hunting. The majority of those barriers related to a lack of knowledge about how to go about hunting. “We felt if education was the main barrier,” says Thomas, “we could handle that, so BOW was born.”

With the current migration from cities in turmoil to small town and rural America, interest in programs introducing people—especially women—to hunting is on the rise. Hunting is seen as part of the larger “locavore” movement, a trend to source food—be it hunted or grown—from one’s own area. The genesis of the movement is about abandoning the large-scale commercial farm and supermarket supply chain.

For Mary Predovich, Secretary of Safari Club International’s Sables program, an effort to get both women and men involved in hunting, it’s all about family—spending time together in the field and around the dinner table, sharing elk steaks or pheasant kebobs and swapping stories from the hunt.

“Sables is about educating people about the role of hunting as part of the wise use of our wildlife resources and conservation,” says Predovich. “For me, mentoring other women into hunting is very rewarding—from the first shooting class to actually getting afield.” 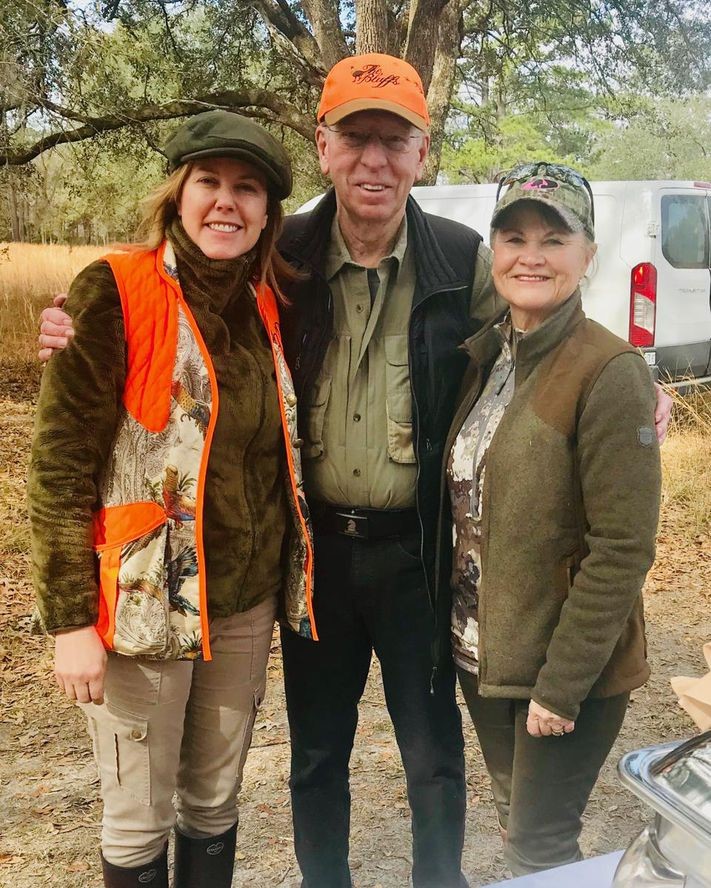 According to a report issued by National Geographic, “The proportion of women who hunt has risen 25 percent since 2006. Women are finding that hunting gives them a chance to connect more closely to the food chain and to nature,” says the report, “to eat food that is more ‘natural’ so that they understand where their meat comes from.”

From Jezebel, “A Supposedly Feminist Website,” as they bill themselves, “The adoption of hunting as a hobby by those who bear zero resemblance to the cast of Duck Dynasty continues! Women are taking up their rifles in the hopes of bringing home the venison. Now it’s food-supply-conscious, authenticity-seeking urbanites—i.e., hipsters.”

“Women hunters were never as accepted or celebrated as they are in this decade,” writes veteran hunter Brenda Valentine in her foreword to Why Women Hunt, “the number of women in boots and camouflage has exploded.”

Whether it’s looking for a healthier way to eat, developing confidence from knowing how to provide food for your family or the opportunity to spend time with them, it’s clear women are finding plenty of reasons to participate in the autumn celebration of the hunt. From the looks of it, that trend is just warming up.

Latest on our blog

We are thrilled to have the opportunity to weave Beatrice Bradley into a travel adventure company sponsored by Gage Outdoors. Together, our team of women at Beatrice Bradley, want to help you and your family, spouse or friends to experience the outdoors, go on great adventures and share life’s special moments exploring new places and meeting new friends. Let us help you put together a lifetime experience, call us today.