Beatrice Bradley does not TOUR places we EXPERIENCE places! 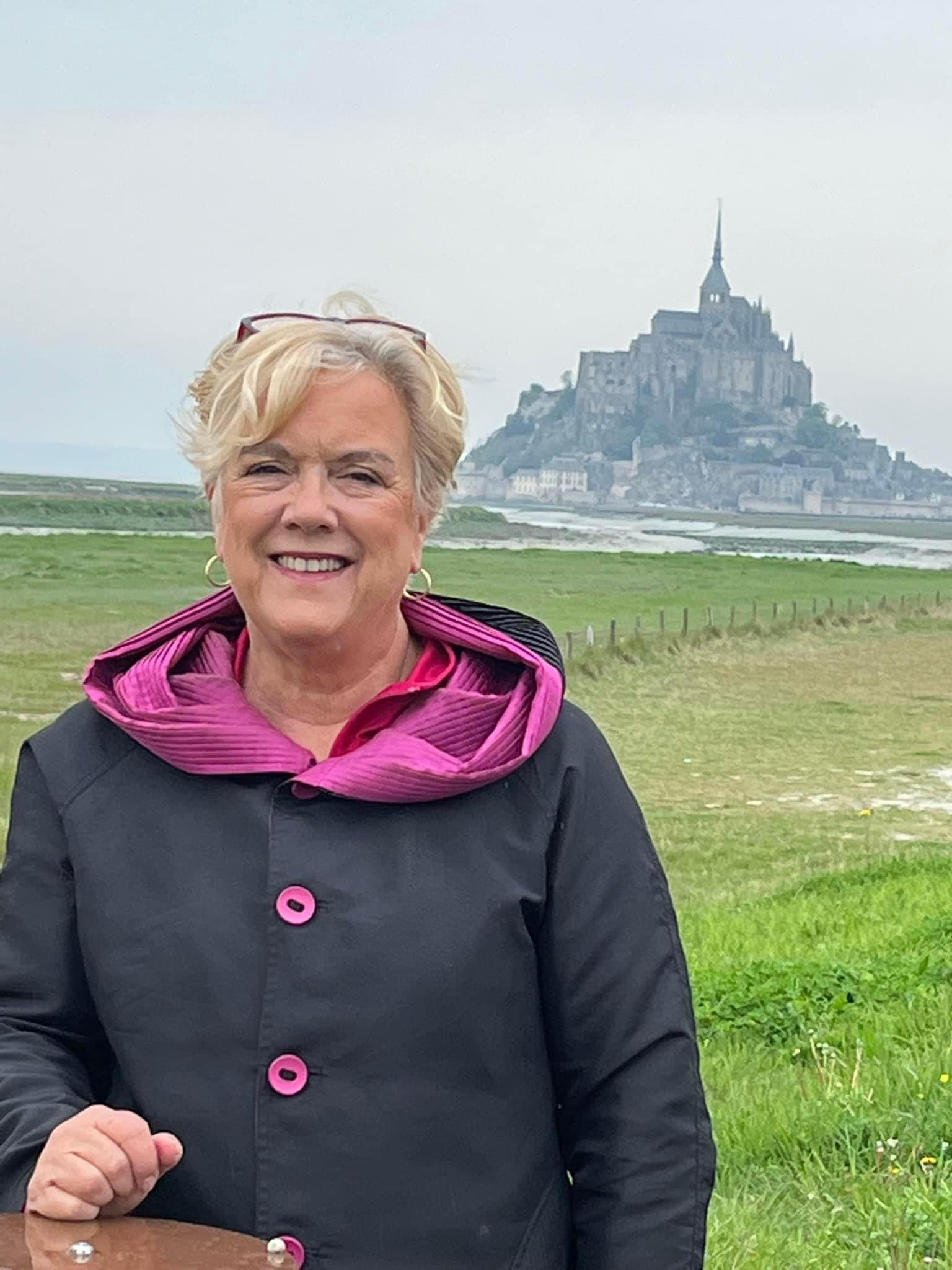 I'm thinking about it

Let our team know that you are interested in joining us on this tour. Our team will reach out via email and will be available to chat about this trip.

Secure your reservation here. We only take 10-12 women on each trip. Making a reservation is the only way to secure your name to the trip list.

Every Beatrice Bradley trip is crafted to maximize the experiences had during the trip.
The itineraries are specially made to allow time for engaging in conversation and having belly laughs with a new friend. We hope that the activities and experiences may allow you to come out of your comfort zone and to try new or unique things.
These trips are made to replicate a ‘friends get-away trip’.

Welcome to Lisbon – the fabulous capital of Portugal! Upon arrival, you will be met by your private driver, who transfers you to the hotel for the check-in.

The rest of the day we will start exploring the magnificent city center, dine in one of the local restaurants or take a good rest in your comfortable room after a long day of travel.

After breakfast you meet your guide and enjoy a panoramic walking sightseeing tour of Lisbon.

During the tour you see the most famous attractions, including Restauradores Square with the Obelisk commemorating the Restoration of Portugal’s independence from Spain in 1640.

You take a funicular up to the Bairro Alto and admire the view of the Mouraria district and the Sao Jorge Castle, the charming neighbourhood of Chiado abundant in old cafés, shops and theaters.

Then you proceed to Baixa including Rossio Square, where you learn how the city was destroyed in 1755 by a massive earthquake, and then totally rebuilt to become the city of today.

After the tour, you return to your hotel and have some time to rest before going to the cooking class.

Together with a chef you prepare a traditional Portuguese dinner and enjoy freshly cooked dishes at the end of a class, of course, accompanied with local wine! During the private workshop, you cook several dishes consisting of fish, meat and highlight it with a dessert. 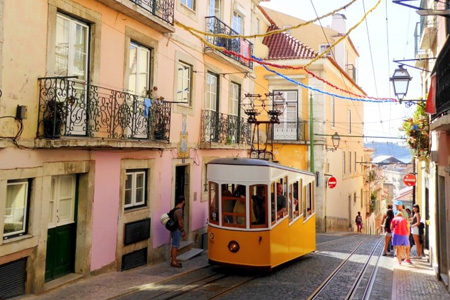 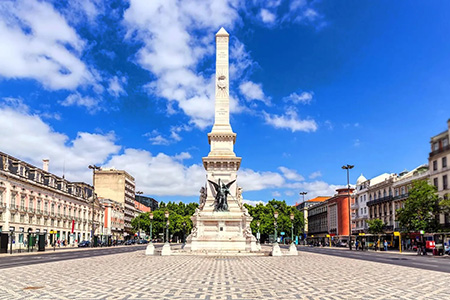 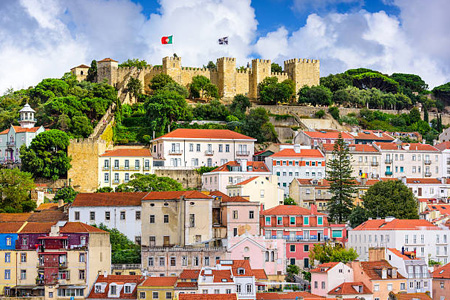 Together with a driver-guide, you embark on a full day trip to wine cellars near Lisbon. First, you travel to Azeitão area for a first wine tasting at the cellar of José Maria da Fonseca. Continue to Quinta de Alcube to try 5 kinds of wine and have another tasting at a mid-sized winery. Try local cheese, bread and other local specialties which are a perfect pair for the wine you have today. 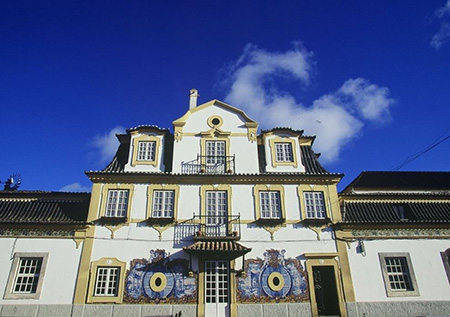 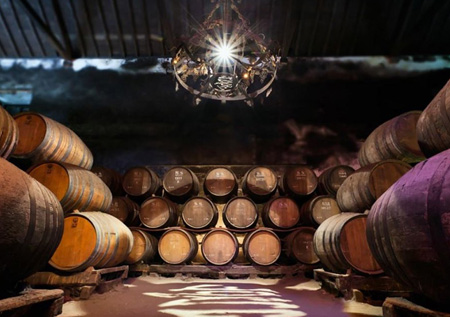 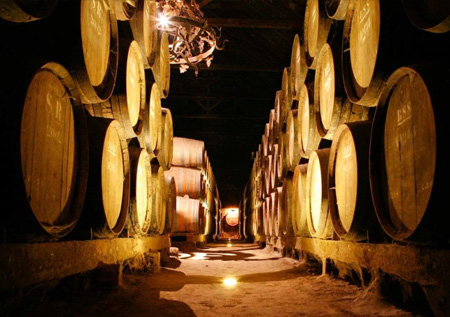 Welcome to Madeira! We will start exploring the city center of magnificent Funchal, the vibrant capital of Madeira as a group and dine in one of the local restaurants or take a good rest in your comfortable room.

This day is dedicated to exploring the top landmarks of Madeira’s capital city. After breakfast, you meet your private guide for a 4-hour walking tour of Funchal’s main sights.

During the tour, you walk in the Old Town with its narrow cobblestone streets and the facades of old houses it is an area of great historic and architectural interest. Then you get a sneak peak of the everyday local life in the market. One of the highlights of the day is a visit to the Madeira Factory Embroidery where you can learn about the history of the island’s handmade merchandise which has for long played an important role in its trade.

The next stop of your tour is the Funchal Cathedral called Sé by locals, this 16th-century cathedral is home to one of the most beautiful wooden ceilings in Portugal. Another tour highlight is the Adegas de Sao Francisco, where you visit the renown Wine Lodge & Museum to find out more about the island’s wine-making history.  The final place during the tour is the beautiful Santa Catarina Park. After the tour, you return to the hotel and have the rest of the day free. 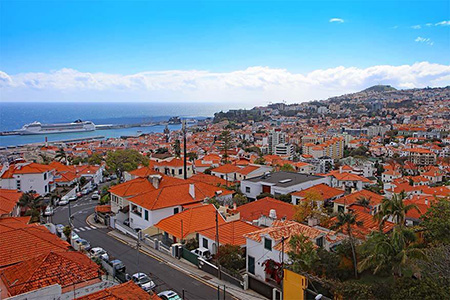 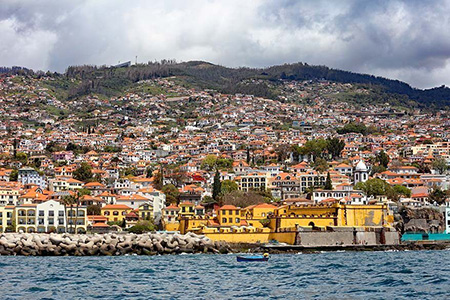 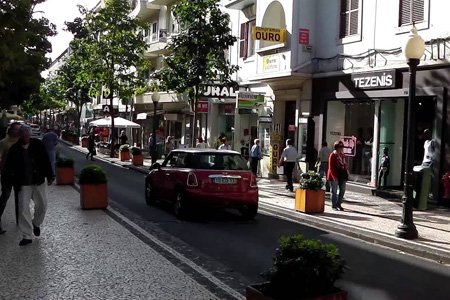 The half-day tour starts with the pick-up at the hotel, then we head towards Quinta Grande with passage through Câmara de Lobos to observe the bay. We continue the journey to Quinta Grande to the viewpoint of Fajã dos Padres with stops for photos and an explanation made by the guide about the locations. We follow the path to the highlands of Quinta Grande where there is a stop to glimpse the various settlements and mountainous areas. In the high zones, the walk is made out of the road, through the forest of the eucalyptus, towards the Jardim da Serra, where it is possible to observe the fauna and flora and, in the course, a stop is made for information about the introduction of the eucalyptus tree to Madeira Island. Between the villages of Lugar da Serra and Jardim da Serra, there is the opportunity to identify some fruit trees such as chestnut trees, cherry trees or pear trees. In the Jardim da Serra, stop for coffee and bathroom break and a quick cold drink. Then we will go to the Miradouro of Boca dos Namorados, at 1,000 meters of altitude, where we can see the Curral das Freiras and listen to the guide’s information about the history of this locality. After the viewpoint of Boca dos Namorado, we descend towards Funchal, back to the hotel, passing through the Estreito of Câmara de Lobos where the predominant landscape is the wine fields. 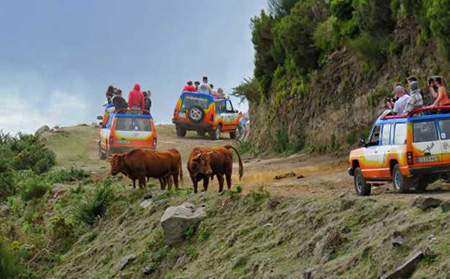 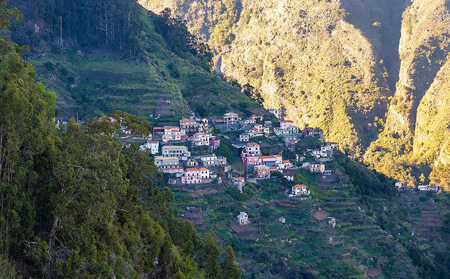 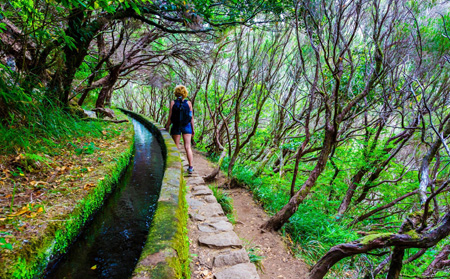 Price is Per Person
$6,590
Click Here to Book Single Occupancy

Price is Per Person
$5,990
Click Here to Book Double Occupancy 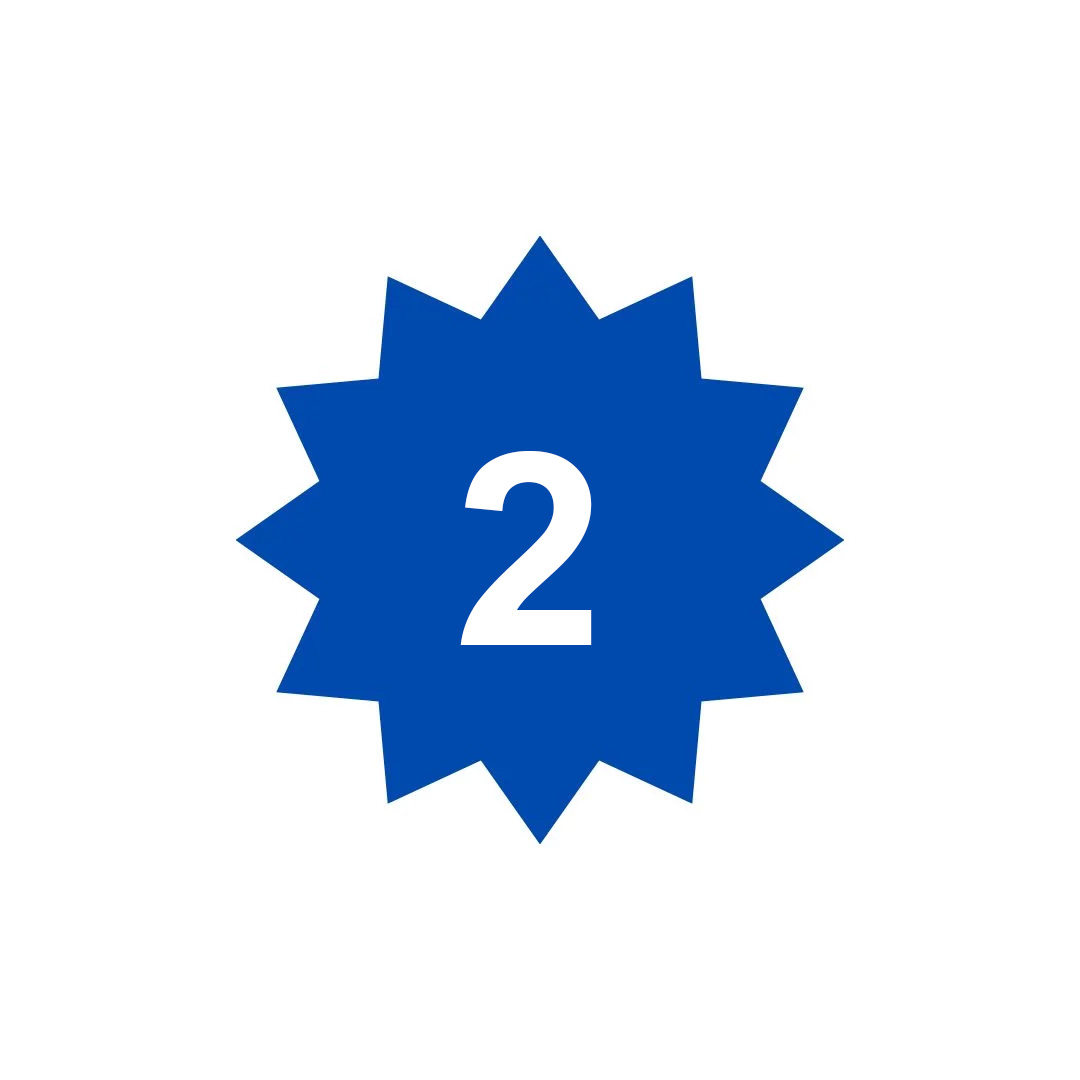 There will be walking on uneven roads and stairs.  Getting in and out of transport cars and vans.   Some places will not have an elevator.

It is your responsibly to fully read and understand the physical abilities that correlate to this Beatrice Bradley Experience. Difficulty level of activity is subject to individual interpretation, so it is extremely important that you read the itinerary and reach out if you have concerns or questions.

If you have questions about the specifics of the physical activity during this trip, please give us a call at 763-784-8291

Role of a Beatrice bradley hostess

Beatrice Bradley is an Experience Company not a Tour Company.  The role of a Beatrice Bradley Host is to be warm and welcoming. To relate and connect. To have attention to details. And to manage the behind-the-scenes magic so your experience is one-of-a-kind. They are not local experts nor are they tour guides. We hire local experts, guides, and historians as each location warrants. They are expert hosts and manage the camaraderie and logistics of the experience. Our goal is that your hostess will make you feel welcomed, comfortable, and that you will walk away with new & lasting friendships made during an unforgettable experience.

Airport Pick Up is included when arriving at the designated airport within the specified pick up window.

As a solo-traveler, we need you to provide self-awareness and an understanding that you are fully responsible for yourself. This includes: your possessions, your physical abilities or fitness, your attitude, and all other aspects that relate to traveling solo in a group.